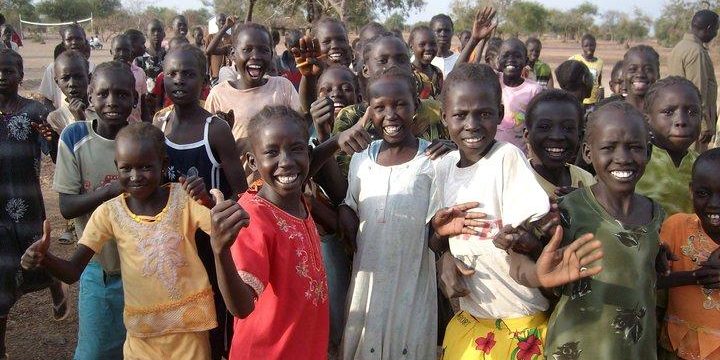 Our defining political identity is

citizens conscious of their historical responsibilities who refuse from now on to surrender the power to decide and lead the affairs of our community to those who are not willing to join the Consciousness Movement.

citizens who are conscious of the fact that South Sudan needs a major unprecedented citizen impulse to put an end to politics as usual. We know that everything about politics is not bad since politics, in the sense of serving and not helping oneself, is fundamentally a noble enterprise.

fundamentally a citizen political movement which believes deeply in the renewal carried by female leadership. Gender treatment equality and equity in addition to policies that enable women’s greater autonomy as well policies that systematically promote women’s role and place in South Sudan’s political, economic, cultural and social rebirth, will be central columns of our identity, of our practices and policies in all sectors. This will separate us from other parties and those who will keep women back. For us, the liberation and freedom of women is not an act of charity but a necessary part of our revolution!

that only a true grassroots citizen discussion, with a wide, democratic, popular, non-elitist scope, in our national languages, in the most remote as well as in the buildings in the major cities, could allow South Sudan to experience a true democratic renaissance, which will allow us once for all, like all great democracies, to prevent any possibility of dictatorial drift or to marginalize counter-power mechanisms (the press, civil society, etc).

true reconciliation of the political class, through a consensual electoral code, immediate and sincere abandonment of incessant manipulations of the Constitution, a return to democratic civility and republican elegance, the end of the manipulation of the religious sector for political and electoral purposes, the public administration’s depolitization to be replaced by a neutral, strong and respected administration, the equality of all citizens, all religious denominations, and all ethnic communities before the law, and the continuing reassertion of our nation’s non-religious and republican foundation.

Reaffirm our country’s leadership in the Pan-African struggle, through a reiteration, as part of the oath taken by any new President, of a total adhesion to the sacred objective of the realization of the United States of Africa, even making it a constitutional clause.

Confirm the nation’s status through the consolidation of the four strong axes, that is, peace diplomacy, mediation and good neighborhood, economic and development diplomacy, Pan-African and political and economic unity of the continent, sovereignty diplomacy, alongside a valorization of diplomatic work and a restoration of the dignity associated with a diplomatic career.

Connecting with the Diaspora

Build a real bridge with the immense resource represented by the South Sudan Diaspora everywhere in the world; a Diaspora which is not conceived as a "cash cow" to make up for a faltering State, but as quality human resource, enjoying respect, value, and invited to take a full part in an emerging and democratic South Sudan.

Position South Sudan as the lead in Africa for the promotion of women and gender rights, for the respect and protection of human rights, freedom of the press, and civil society actions, in concert with cultural policies geared toward the youth.

In order to achieve this, our country must develop a true women promotion policy, a true cultural policy, a true promotion of the press and civil society actors, and a true policy for the youth, the goal being to give our country a solid cultural, artistic, and sports community.

Rehabilitate, expand, and revitalize the industrial base, and strengthen the fishing industry as a key sector in our country, while giving a new impetus to other priority sectors, such as infrastructure, education, health, energy, and the environment.

Launch a true program of rural development and regional development, as well as promote and valorize all aspects of our agriculture and livestock while preserving our environment and culture, through a rigorous management of our natural resources.

Revitalize our economy through a transparent management of the country’s resources, fiscal discipline and budgetary rigor, a sense of priorities for public expenses, a true poverty eradication strategy, and an exemplary and transparent cooperation with development partners and international financial institutions.

Create a new ethics for the management of public affairs and the governance of private enterprises, and aggressively combat corruption and poor governance, by instituting laws that cannot be manipulated.

Restore the rule of law and its fundamental institutions, promote constitutional patriotism and the priesthood of public service for a virtuous Republic, while at the same time placing citizens at the beginning and end of our political and institutional system ; and, in this context, give the Administration back to Administration professionals, and put an end to the all-out transformation of administrative bodies into agencies.