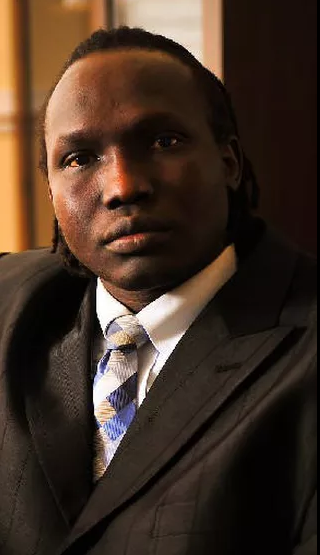 In 1987, when I was a young boy from the Dinka Tribe in Aweil, Sudan, radical Arab Islamic militia viciously attacked my own village. They murdered most of the village’s citizens and abducted more than 700 children. I was among them at the age of seven years old at the time. We were taken to the western part of Sudan, where we were sold as child slaves and forced to follow the Islamic religion with Sharia Law.

After several years in shackles, I was able to escape to Egypt, where I found the U.S. Immigration and Naturalization Services. They allowed me to escape the horrors of radical Islam and slavery; I was then sponsored by a Christian Church in Virginia. Years later, I graduated from the Virginia Commonwealth University, with a double major in Political Science and Homeland Security.

I am now a proud American citizen, not only because of what this country has done for me, but for what it offers people like myself, who were denied freedom and citizenship rights in their own country. However, many Sudanese were not as fortunate as I was to escape the horrors of radical Islam and are still enslaved and suffering today in Sudan. So when the sovereign state of South Sudan proclaimed its freedom from Sudan in 2011, there was hope among the people that they could have a democracy and freedom from Islamic terrorism at last.

The Kush Democratic Majority on the move.